The island of Crete has 4 major cities and the one I live in, Heraklion, is its capital. So, like all capitals, it has a rather ugly, clinical part of it with modern buildings and the older, neglected part, clearly showing the stark gentrification and the two opposites.  Yet, it has its tiny alleys and colonial houses with rounded corners, blue shutters and yellowish walls, as remnants of a past which gives the city its quintessential Mediterranean flavor. The Lakkos area is one such place, tucked away from the city centre but so incredibly close that you marvel at how the ugly city centre, with its many shops and buzzing tourists, could have developed around it!

Lakkos was an area in the early 20th century that was designated by the municipality as the red light district, thus attracting its fair share of undesirable people. Hash was sold on the streets and men with twirled moustaches roamed with the air of gangsters. Then in 1922 during the Asia Minor Disaster when refugees arrived in Greece and settled in many port cities, they mingled with the locals and added some diversity to the population.

The rebetiko music, which is now on the UNESCO list of Intangible Cultural Heritage from Greece, was also played here, among some of the cultural exchanges that happened with the arrival of the Asia Minor refugees. During the WWII the prostitutes were shifted to another venue and the area soon changed into just a down trodden part of the city as the rest of Heraklion slowly developed all around it. 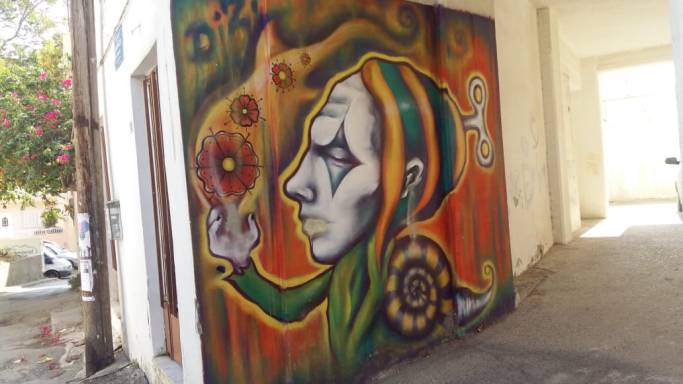 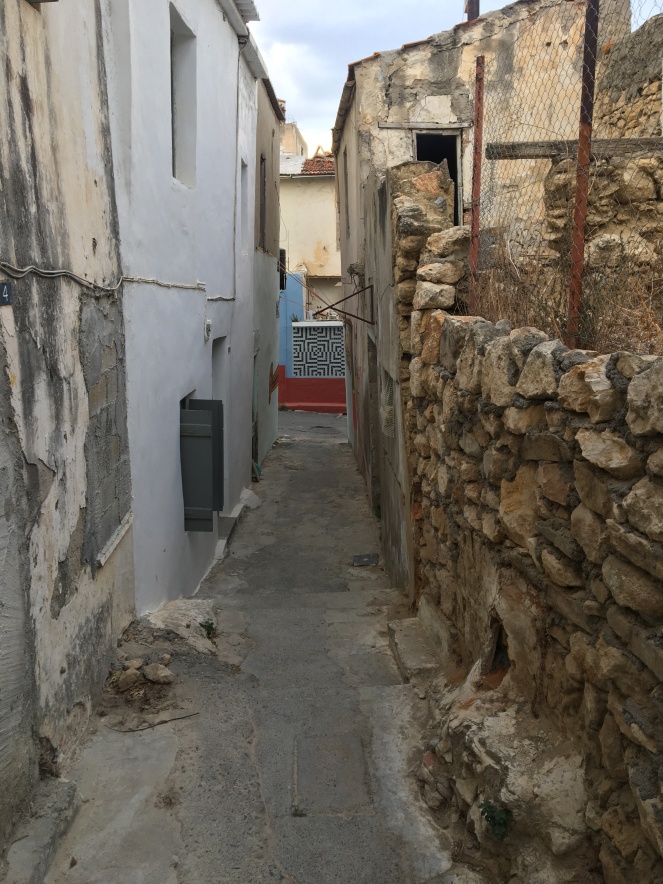 Now, a group of artists, lead by the Australian artist Micheal Halpin, have tried to add some color to the walls of the neighborhood, sticking to a certain theme color and acting as influencers, offering encouragement to the locals to preserve and maintain their homes. Some of the fittings in the houses are from the early 20th century, including some amazing tile work and although renovation surely costs more than building something new, some people have invested in buying houses here and are renovating them. 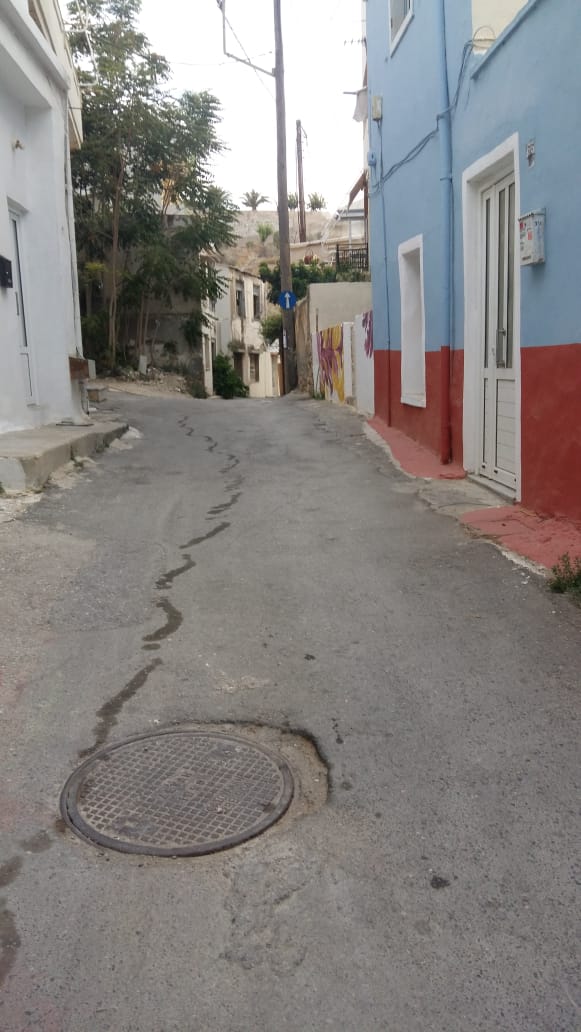 I watched a performance that used many spaces in the neighborhood and we as the audience, walked through the alleyways, following the performers. 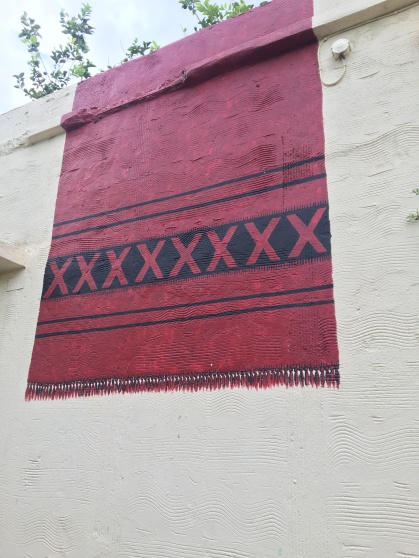 A recent case of vandalism took place and the Minoan goddess painting was ruined, but these are some of the challenges the group of artists need to be wary of. They have maintained good relations with their neighbors and the community members, gaining a lot of their trust and approval. Infact the vandalism was criticised by the locals who appreciate the work of the artists.

A cafe has also opened up in the centre of the neighborhood that offers a great opportunity to take a breather while experiencing this walk back in time. I thought the artwork would somehow add to a kind of gentrification but the artists have done a great job of maintaining the flavor of the neighborhood and are literally just giving more incentive for people to restore and bring the old world charm back to this old neighborhood of Heraklion.

for more information on their amazing work, visit:  https://thelakkosproject.weebly.com/